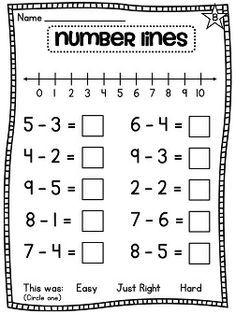 Sacrifice can be defined as the act of giving something up in order to get something else.  For us as humans, there still seems to be a bit of selfishness attached to that definition.  If my goal is to simply get something else, assuming it’s something better or of more value, my motivation is gain, not true sacrifice.

This of course is not true across the board of sacrifice, using the above definition.  I’ll use my own example of stopping the use of all tobbaco products, of which cigarettes were my favorite.  I truly enjoyed smoking them.  Even with all the evidence of the harm cigarettes would do, and the loved ones I had seen adversely affected by this habit, I puffed away.  Believe me, I understand better than many how addiction works, but to hide behind that defense didn’t get to the deeper truth: I loved to smoke no matter the supposed consequences.

Twenty years into my tobacco use, I began to re-think my approach.  The relentless march of time brought with it a growing awareness that I wasn’t going to last forever.  Yet, this dawning realization was not enough in itself to make me want to give up my treasured habit.

Much as I would like to tell you, Faithful Reader, that God sent an angel or a lightning bolt to grab my attention, the journey to finally getting free from tobacco was a slow and unexciting stroll.  At the heart (and lungs) of the issue wasn’t doubt that God could deliver me, He sure had from terrible alcohol abuse, but my reluctance to want to be rid of my smokes.

Quitting smoking for good, some 23 years ago now, most certainly seemed a painful sacrifice to me at the start.  Thankfully, time as allowed me a better perspective on what giving up tobacco has done for me.  For example, there is the significantly reduced likelihood of lung cancer.  And of course there is the monetary savings.  When I quit cigarettes, they sold for $2 a pack.  Smoking 2 packs each day, as I did, cost me $1460 annually.  I now put that money to far more constructive use.  Then there’s things that are also gone like that awful smell on my clothes that I couldn’t smell when I was smoking and the small burn holes in the upholstery of my car.  The balance is fully tipped toward what I have received from giving them up.

Which leads me to the greater over all point, that my life in faith in Jesus Christ is all about addition by subtraction.  Let’s start at the top: I believe He died so that sinners just like me could be forgiven and welcomed into eternity.  That’s the biggest plus I know! I have lost a life of sin and anguish because of God’s love.  There is no greater addition ever than that.

Others gains though subtraction include, in no particular order, the realization that I am not at the center of the entire universe.  I am less significant in my own eyes, and instead see that I am important enough to God that He gave His all for me.

Also subtracted from me was the mirage of perfectionism I often hid behind.  This permitted me to do nothing because I told myself I couldn’t do whatever it was perfectly, I simply wouldn’t do it.  As we say in AA, “self-serving will slip away.” As it has, the great addition has been the room this created in my heart to try new things.  For example: Reaching out to help others.  What a concept! I had no idea that doing for others, simply because I could, would be so fulfilling.

I could go on, but I think you get the idea.  The bottom line is this: My life is fuller now because there is so much less of me in it! I’ve always been good in math, but this formula took me a long time to start to comprehend.  I hope you get it more quickly than I did!

How about you? How has God added to your life through subtraction.  I’d love to hear about it.

As always, thanks for taking the time to read this,